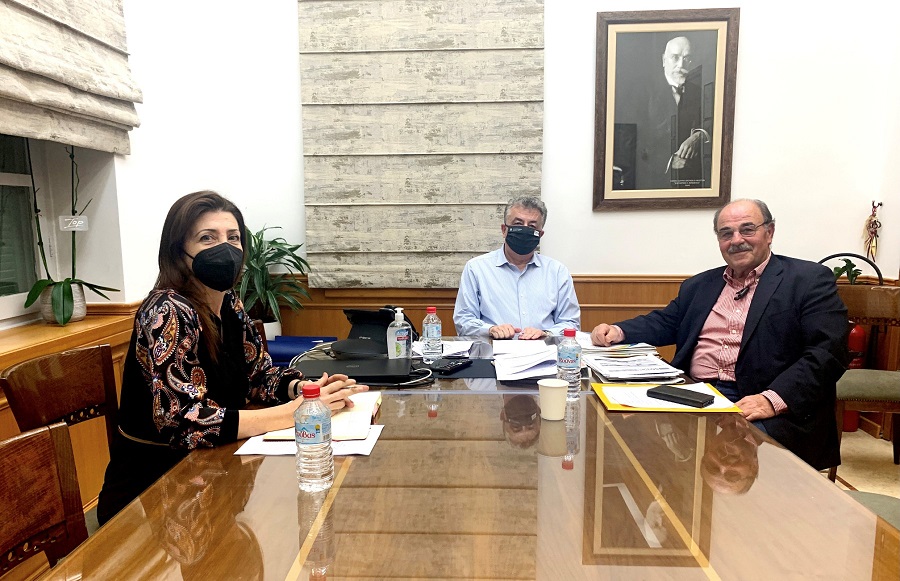 The Region of Crete continues its aid and support actions for the earthquake victims of Arkalochori and the area at large. During a meeting that was held by the chairman of MINOAN ENERGY COMMUNITY Charalambos Giannopoulos, the Regional Governor St. Arnaoutakis was informed of the implementation progress of the first project of net metering, which is expected to be completed in December, according to the initial planning. The Geologist Ermioni Gialiti, Special Consultant to the Regional Governor and member of the Board of Directors of Minoan Energy, also attended the meeting.

The subjects discussed concerned mainly the dealing with energy poverty, in conjunction with the catastrophic earthquake that hard hit the area recently and led hundreds of people in losing their job, as well as their residence. Within this adverse condition and under a social and solidarity economy, the Region of Crete moves ahead to a substantial support, offering free electricity with the method of net metering to 50 families-earthquake victims, who reside in the corresponding municipalities of Crete. The beneficiaries will be able to use this benefit despite the place they have found shelter or hospitality.

This type of contribution, as discussed in the meeting, will be sustained by the second project of net metering starting soon by the MINOAN ENERGY COMMUNITY.

Within the context of relief for the citizens, as well as energy justice, the Region of Crete continues to effectively support all those in need, promoting the sensitisation of the self-government, which is a real support, always close to the citizens.