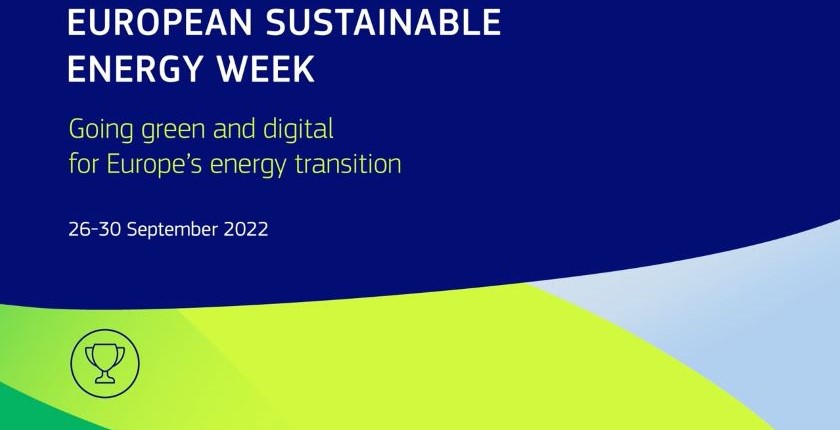 First net metering project of Minoan Energy Community, which also aims to provide 100 households of low income displaced earthquake victims with energy, is setting an example for citizen-led renewable energy initiatives and announced as a finalist in the European Sustainable Energy Awards

Over 100 households and businesses in Minoa Pediadas on Crete will have free electricity for the next 25 years thanks to a recently commissioned photovoltaic (PV) plant with an output of 405 kWp. The project, which is 100% funded and implemented by Minoan Energy Community members, relies on virtual net metering. This approach offers the option for the involved participants to compensate their annual electricity consumption with solar energy produced anywhere on the island territory.

"We wanted to take Crete’s energy transition into our own hands. We started with this small-sized and realistic project to go through the process, also taking into account that energy consumers are currently suffering from very high prices. With this project we can provide members with free electricity," says Minoan Energy Community’s Dimitris Katsaprakakis

"Crete is a region blessed with renewable energy sources and we would like to utilise this potential, not only to serve the energy transition but also to engage citizens in this process", adds the President of the Community Charalampos Giannopoulos.

"The 2021 earthquake in the area of Arkalochori forced 20% of residents out of their homes. Together with the regional authority, Minoan Energy Community plans to cover the energy needs of almost 100 low income households, corresponding to more than 200 displaced earthquake victims. This first project has shown that they have a replicable model and one that also can address energy poverty in Greece" adds the member of the Community Antonis Kozirakis.
With its first project, Minoan Energy proved that it possesses the technical and scientific knowledge to support the energy transition on the island and to deal with energy poverty.

"Using our experience, we have been able to provide important assistance to several other islands on how to establish their own energy communities. We believe that every Greek island should have its own energy community. This is how the energy transition must be implemented," explains Dimitris Katsaprakakis

Since the community’s first project, local awareness has grown with the Minoan Energy Community surpassing 400 members, including not only households and individual citizens but also public authorities, cooperatives, associations and SMEs. According to their value statement, "all are welcome to join the effort"

The Community has been selected as an example of good practice and has been presented in various programs: Interreg Europe's CLEAN project, H2020 Bridge, European Citizen Energy Academy (EUCENA) and in numerous events in Greece.

The members take pride in how their energy community is governed. With the concept of energy democracy’ at the core of the project, all strategic decisions are made by the General Assembly. The aim is to keep society as the key player, so that social justice remains at the heart of this work, no matter the motivation: whether climate change mitigation, environmental concerns or economic advantages

More about the projects, actions and registration process of the Minoa Energy Community can be found on its website: www.minoanenergy.com.

In providing free energy to local residents, Minoan Energy Community is contributing to the European Commission’s Clean energy for all Europeans package and delivering on the European Green Deal. Establishing citizen-led renewable energy projects through energy communities is crucial to the EU’s renewable energy directive and is also supporting the REPowerEU Plan to accelerate the clean energy transition and increase Europe’s energy independence.

Minoan Energy Community is one of three finalists shortlisted for the European Sustainable Energy Awards 2022 in the Local Energy Action category. The award recognises an implemented sustainable energy action, driven by a group of citizens or consumers, which contributes to the clean energy transition at the community or local level.

The European Sustainable Energy Awards recognise outstanding individuals and projects for their innovation and efforts in energy efficiency and renewables. Prizes will be awarded in four categories: Innovation, Local Energy Action, Woman in Energy, and Young Energy Trailblazer. Finalists are chosen by a high-level jury from a shortlist of the year’s most successful projects and actions for clean, secure and efficient energy. The winners will be decided by an online public vote which is open now until 18 September.

Voting is done through the following link:
https://interactive.eusew.eu/awards-public-vote/local-energy-action

All Cretans, but also all citizens of the rest of Greece, are invited to support the candidacy of the Minoan Energy Community with their vote.

The nomination of the Minoan Energy Community is also supported by a related video produced under the responsibility of the European Commission and is available here:

The European Sustainable Energy Awards recognise outstanding individuals and projects for their innovation and efforts in energy efficiency and renewables. Prizes will be awarded in four categories: Innovation, Local Energy Action, Woman in Energy, and Young Energy Trailblazer. Finalists are chosen by a high-level jury from a shortlist of the year’s most successful projects and actions for clean, secure and efficient energy. The winners will be decided by an online public vote which is open now until 18 September. The European Sustainable Energy Week (EUSEW) is the biggest annual event dedicated to renewables and efficient energy use in Europe and comprises a series of activities aimed at building a secure energy future for Europe. It brings together public authorities, private companies, NGOs, EU project partners, researchers and consumers to promote initiatives to go green and digital for Europe's energy transition. Launched in 2007 by the European Commission, EUSEW is organised by the European Climate, Infrastructure and Environment Executive Agency (CINEA), in close cooperation with Directorate-General for Energy.